Cari Homemaker > Uncategorized > Closet Orphan in the Making vs. Diamond in the Rough

Closet Orphan in the Making vs. Diamond in the Rough

I’ve been a little blue this week. Just when I thought I was going to be able to get more comfortable with documenting me-made clothing with photographic evidence of my wearing for all to see, I hit a bump in the road that made things all uncomfortable again. 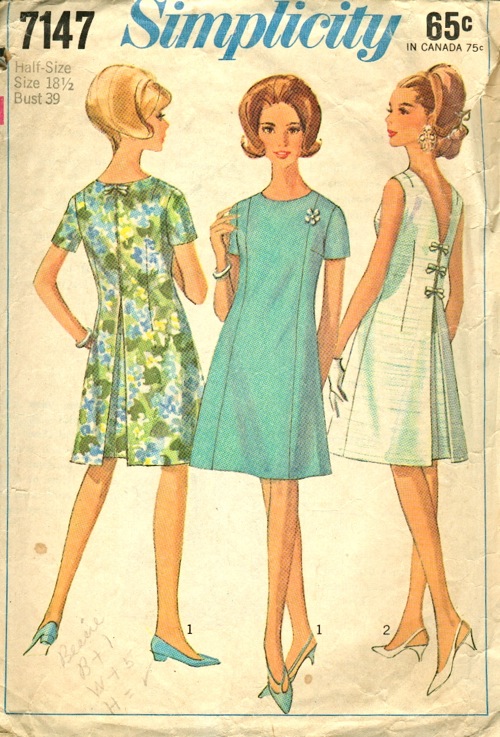 I think it’s a cute pattern. I made up view 2 (bows and all) and it fits quite nicely. The main trouble now is with styling it. Since it’s a sleeveless dress, I have to find a way to layer it with something with sleeves, and with the bows in the back, it needs to be a way of layering that involves putting something under instead of over. (or I have to wait until summer, and I prefer to have the option of year-round wear)

My first try involved a white tailored shirt with buttons down the front. It was one of those things that looked better in person than in pictures, at least that’s what I’m telling myself since I did wear it out and about that day. I didn’t get to have a good look at the pictures until 2 days later, and while the ones from the back were almost passable, the front views are not going to be shared. I’m trying to rally my spirits and self-esteem to make another attempt at a photo session, but the more I think about it, the more frustrated I get. It may have to simmer for a little while longer. I’m leaning toward a chocolate brown layering tee as a better option than the tailored white shirt, but I don’t currently own one.

I guess it’s a good opportunity to evaluate my current wardrobe for holes that need to be filled. The  pictures of my dress in conjunction with the ones I have from my leopard-print skirt really are pointing out to me that my ready-to-wear shirts don’t fit my upper arms well. (No. I’m not linking back to those pics after revealing something I’m insecure about in them. I know the other posting is easily found, but I’m not ready to make it that easy). It isn’t that I lack range-of-motion when I’m wearing my current shirts, but I do have to buy shirts with some stretch in the fabric, or that would be a major problem. Having sleeves with unintentional negative ease makes it obvious that my arms are not the same size as the slopers the manufacturers were using.

Shirts/blouses would be an excellent January project for stash-busting relatively smaller pieces of fabric (I’m also choosing to count Guinevere’s leopard/kitty skirt as a 2013 stash-buster, even though it was made right before the stash-busting group got going). A second project that fit the theme would be good for me to add this month. Unfortunately, I’m having trouble even finding my smaller pieces of fabric mixed in with all my larger pieces. I have one particular piece in mind that I’d like a blouse out of, so I’m hoping to locate it in the next couple of days. In the meantime, I’m working on another dress for myself from a vintage pattern (completely different from the one above). This next one isn’t much more practical for wintry weather than last weeks, being made up in linen, but at least I should be able to throw a cardigan over it since the only bow(s) will be on the front.